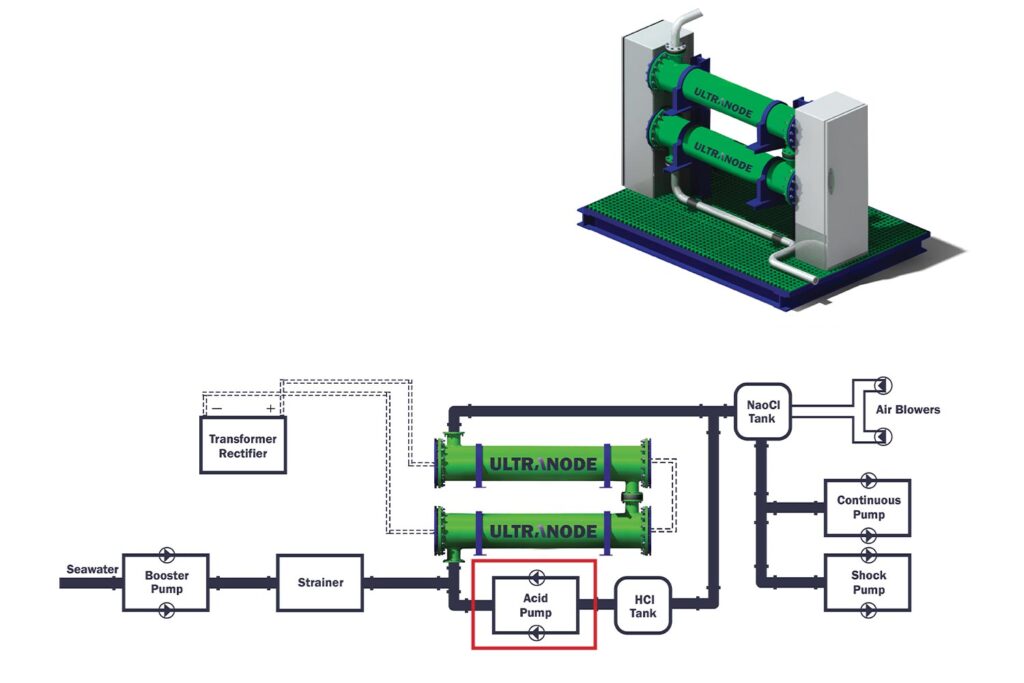 An appropriate electrode acid washing has a significant influence on the efficiency as well as having a major role in the output concentration. Accurate exploitation and performing acid washing at the proper time extends electrolyzers’ lifetime on the one hand and on the other hand uniforms the outcome quality.

In the automatic method which is called a self-cleaning system, the PLC (Programmable logic controller) system utilizing determined values and sensors, monitors the amount of electricity consumed by the electrolyzer as well as the output dose of sodium hypochlorite. The system automatically and by utilization of actuators, commands the relevant valves and the washing pump to start the acid washing. After the time required for rinsing, the system commands the actuators to cut off the acid rinsing flow and enter back the flow of saltwater into the electrolyzer.

The system has been designed in such a way to solve the headache and ease the difficulty of acid washing.